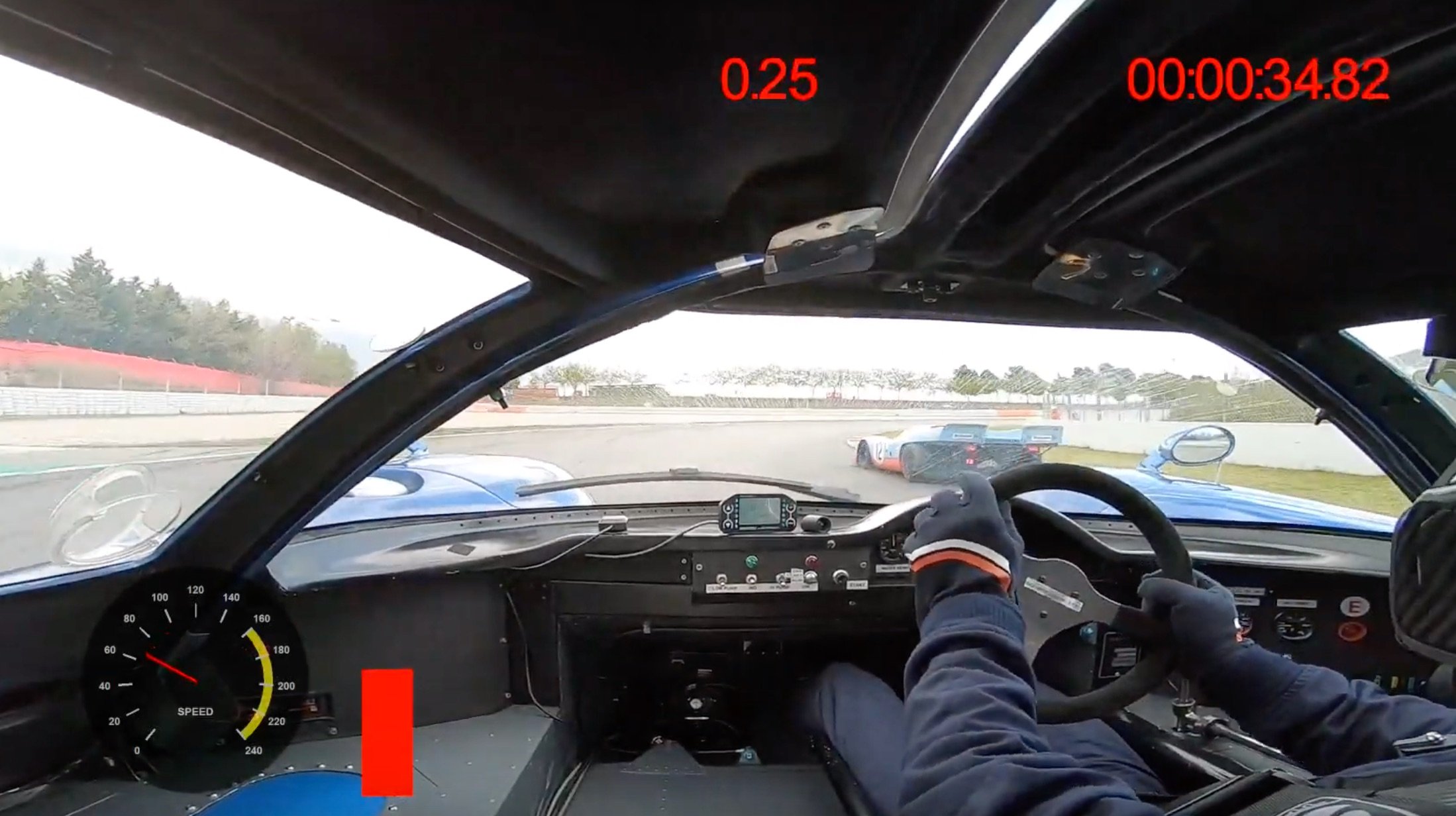 The Video Data Logger You Already Own: Your GoPro

If you have ever tried to combine your race data with a separate video file, you know how torturous & slow that can be. Despite the benefits, I suspect only the most dedicated actually add a video to data.

My guess is simplicity is one of the main reasons people buy integrated systems like the VBox. But did you know, that with the help of software from Race Technology, you can (kind of) get the VBox integrated analysis experience but using only your GoPro as the data logger instead?

I didn’t either so here is what I found out…

Full Transparency Statement: Whilst I am a Race Technology customer, and they gave me the sample video to play with (that you can use too), this article was not paid for or commissioned by them. The software I used was download from this link and I’ve used it in its free trial version. I’ve no affiliation with the company, nor with GoPro.

Take a quick look at this in-car video, and particularly the data overlays:

Nothing too spectacular their maybe, especially if you have seen these before – except for the appearance of the Porsche 917 perhaps! 😉 [circa 32 seconds in]

But what if I told you that the ONLY data used, came from the GoPro recording the video?

Can this be true?

You may be aware that certain* GoPro’s have been able to log GPS (at 10Hz+) and acceleration (at 100Hz) since the Hero 5?

That has meant that if you had worked out (and remembered!) how to turn on GPS logging, then your standard GoPro software has been able to help you to create nice overlay videos, just like that one.

Have another look at the data being overlaid:

These are all data channels that need some level of post-processing in motorsports data analysis software.

These are motorsports metrics that the standard GoPro software has not been able to generate. Therefore this is what the Race Technology software is providing for you.

It takes the GPS and acceleration data from the GoPro and allows you to create those overlay videos.

I just picked those metrics but there are loads more you could choose, including slightly nicer overlay graphics too I think?

Of course it is not all about overlay videos.

The real magic here is how quickly you can get into doing (basic) motorsports data analysis:

MP4 File To Analysis In Less Than 2 Minutes:

Have a look at this video I’ve done below walking you through the process from start to finish.

I think it takes less than 2 mins to go from video file to analysing data.

As you can tell, the bit that really impressed me was the time it took to go from having the video file to actually doing some analysis – it is just so fast!

Yes, the analysis was compromised a bit by the quality of the data. However, for driver (self-)coaching, or for use in series where data logging is banned but cameras allowed (i.e. historics), it might become a really useful additional option.

Clearly it is not perfect.

I did some further camera research, largely because my current GoPro is not capable of logging GPS. I discovered there is another camera from Garmin called the VIRB 30. That camera is regarded in sports tech circles as more of a “data” camera than the GoPro’s.

The reason is that you have the ability to add additional sensors via ANT+ and Bluetooth 4. For sports activities, you are normally keen to add heart rate, plus power and cadence from a bike.

What you can also do is add car data (via OBDII). Here is a video by DC Rainmaker with him demoing just that.

I have asked Race Technology if they are going to also support Garmin cameras. Personally, it would be my preferred option because of the extra data you can add. You can also add a hard-wired waterproof case and control it with your Garmin watch – both battery power and on/off control are other pains I’d be glad to see the back of on a race weekend.

Looks like RT have this market to themselves for a while then!

Perhaps like you, I would have never thought of using a GoPro as a data logger before now?

With Race Technology opening up their analysis software to the GoPro this has now become a genuine option. – especially for an interesting move for the motorsports data analysis market.

I hope you have found this useful?

If you already have a suitable GoPro* then it might be worth you also giving it a try with your own data.

Enjoyed this? Perhaps you would also like these related articles too:

“I’ve got data but I’m not sure how to interpret it” Try starting with the one channel that matters: Introduction to Motorsport Data Analysis: Delta-t

No video? No problem. An alternative way to visualise your data using Google Earth: https://www.yourdatadriven.com/compare-racing-laps-using-google-earth-pro/

Got video but no data. A quick way to create side-by-side lap comparison videos: https://www.yourdatadriven.com/how-to-create-racing-lap-comparison-videos/